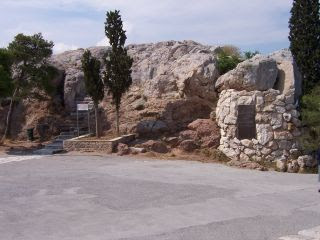 Worship happens. It's what we were created to do. It's the loving someone or something so much that you can't live without "it" and need to spend as much time with "it" as you possibly can. It's the act of loving, adoring, paying homage to the object being worshiped. You don't even have to be particularly religious to participate in worship. It just happens. It's part of how we are made.

During a plane trip from Buffalo, NY to Portland, ME in the mid 80's I had a conversation about this with a man from Texas. It was an intriguing conversation and one that's stayed in my memory for over 25 years. We were exchanging the basic niceties about ourselves and at the time I was serving as a youth pastor with my husband in a church in Jamestown, NY. Well, with that job title the conversation went in one of two ways. It either shut down to uncomfortable silence or it opened up into a full blown theological discussion about God. This Texan was ready for the full blown discussion. After seeing my job title on my business card he asks, "So, according to God, what's our reason for being here?" (or something small like that)!

What blows my mind even today as I recall this conversation is the simple language God put on my tongue. My reply, "Simply? To worship Him."

"That's it?" the Texan retorted.

"Basically, yea" I replied. Now of course the Texan was intrigued and asked more questions that took the short flight to answer. The answers didn't result in him saying any prayer or vowing to love God with all his heart for the rest of his life. I've wondered many times if that conversation had any impact on his life and whether or not he came to know and love God for himself. What I am sure of, however, is that he was introduced to God. A known God.

In reading Acts 17 today, Paul was walking around Athens, Greece and noticed something about their worship. First, that they worshiped! They had built altars and statues of man-made gods with all different names. But, one god in particular stuck out to him. He noticed an altar with no image that held this inscription at the base: "To An Unknown God." How bizarre!

Theologians have two theories on this: one theory is that in 6 BC their land was so plagued with disease that they called on a prophet Epimenides to drive out the disease. His remedy, according to the commentaries, was to drive a herd of black and white sheep away from the area and sacrifice them to whatever god "lived" there. When the epidemic subsided, they attributed it to this sheep sacrifice and built an alter of "the unknown God" to pay homage. Another theory is that these altars show up all over the land at ancient burial sites in order to appease any evil spirits that may "live" there.

Paul was so astonished that these "intelligent" people would worship in ignorance. They worshiped anything and anyone including an "unknown god." In essence Paul was asking them why they put so much credibility in some god that doesn't even have a name? Paul then points out the living God by whom "we live and move and have our being" (Acts 17:28). God the living Creator who made man Paul concludes that "From one man he made every nation of men, that they should inhabit the whole earth...God did this so that men would seek him and perhaps reach out for him and find him, though he is not far from each one of us" (Acts 17: 26-27). In other words, if the Greeks were worshipers, why not worship the one true, living God who seeks to meet you when you worship?

Simply, God created us so that we would seek him and find him. That's worship. It's what we were created to do.