Believed Yet Have Not Seen 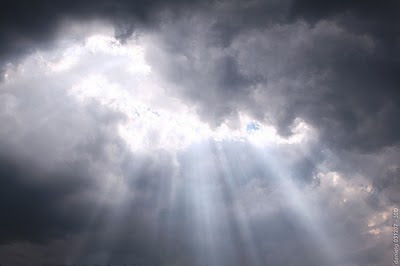 "Blessed are those who have not seen and yet have believed."
John 20:29

A visit from an angel. A miraculous conception. A leap in the womb. A virgin birth. Words of the shepherds. Gifts of the kings. Prophesies spoken. More fulfilled. Wisdom beyond years. A sinless son.

Even so, Joseph and Mary still could not comprehend who their son, Jesus, was or what His mission was about. They saw him, heard him, touched him, smelled him, tasted his salty skin and still they wondered, pondered, treasured, marveled at the words others spoke of Him and the words Jesus spoke of himself.

Is it any wonder, then, that those of us who've never seen or touched Jesus in the flesh, or had a close encounter with and angel, have difficulty believing who He is? Is it so surprising that in our feeble faith we wrestle with the idea that God has a purpose for our lives? Is it any wonder that we spend more time pondering the words God speaks into our hearts than actually believing their truth? Why do we marvel when God does the miraculous? Shouldn't we expect the inexplicable from God?

There always seems to be more questions than absolutes in our faith. Yet, the facts remain and have stood the test of centuries: Jesus is the son of God. Jesus lived among us in the flesh. Jesus died to defeat sin and death. Jesus was raised on the third day. Jesus lives so that we might live. Jesus waits in heaven to return for those who have not seen, yet have believed.
Posted by Dawn Aldrich at 10:11 AM