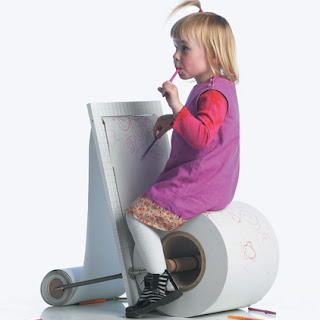 "From the lips of children and infants you have ordained praise because of your enemies to silence the foe and the avenger."
Psalm 8:2

Children carry the spirit of truth. Ask anyone who spends significant amounts of time with little ones and they'll concur. As self-centered as children can be, they can sincerely size you up in five seconds flat. There's no faking it around them. If they're too timid to verbalize their opinions, give them a blank piece of paper and a marker and they'll show you exactly what they're thinking.
One day, Jesus was in the temple. After causing a ruckus with the dishonest merchants, the people crowded around him, including the blind, the lame, the chief priests and the children. He touched the blind and they could see. He healed the lame and they could walk. The children took notice and sang his praise, "Hosanna to the Son of David!"
This infuriated the priests. "Do you hear what these children are saying?" they asked Jesus, as if he put them up to it.
Jesus coolly replied, "Yes. Have you never read 'From the lips of children and infants you have ordained praise?' " And the chief priests had no further argument.
If little children can see the truth so plainly, how is it that us grown ups have such difficulty? What clouds our thinking, our vision, our hearts from the truth? What causes our eyes not to see? Our ears not to hear? Our hearts not to know? I don't have an answer. I only pray to return to that childlike faith.
The children called it as they saw it that day at the temple. They knew they were in the presence of Jesus, the Lamb of God, the Son of David. I wonder what their artwork looked like that day?
Posted by Dawn Aldrich at 12:06 PM