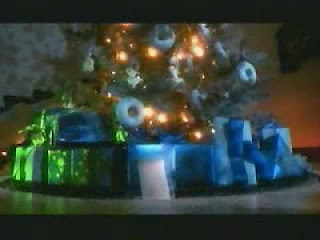 "Why spend money on what is not bread, and your labor on what does not satisfy?" Isaiah 55:2

Buried behind a tall stack of Christmas packages, Cindy Lou Who says, "Isn't this all a bit much?"

Feeling adventurous, my husband and I joined the midnight madness on Black Friday this year. Call us crazy, we arrived at the store with a fist full of store cash, two 25% off coupons, a short gift list and a plan: get what's on the list and dash.

Ha! Dash was more like crawl with the crowd winding around the store like a Python sneaking up on its prey. Without a cart and only a few things on the list, we snuck past the serious shoppers unscathed and two hours later, with our bargains stuffed under and over our arms, we joined the even longer checkout line coiled around the store's perimeter.

It was then, I felt like Cindy Lou Who and thought, "Isn't this all a bit too much?"

(Join me for the rest of the story at Christian Children's Authors blog...see you soon!)
Posted by Dawn Aldrich at 8:00 AM