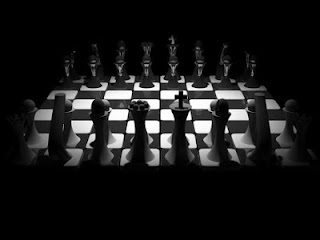 "The thief comes only to steal, kill, and destroy but I have come that they might have life and have it to the full." John 10:10
I use to think that tithing was like playing a cosmic chess game with God. I thought God would bless me according to how much I gave. If I didn't give enough or anything at all then I'd coward away from God expecting some crisis to hit my household the next week. You know those crises: the dishwasher and the washing machine break within moments of each other and that routine $25 oil change for the car turns out to be $1000 repair!

It was times like those that I'd spin my head heavenward, arms raised above my head, shaking my clenched fists at God screaming, "What's up with this? If I can't afford to give you enough, why do you keep taking more from me than I ever have to give?!! How does that work, God?!"

I'd get angrier with all of the taking. I'd stop giving all together until I heard another tithing sermon. Again, I'd sit and listen for something I may have missed all the other times. Again, I'd try to give what I could (less than 10% God asks) because that's all I could bring myself to trust God. Again, the cosmic chess game began until God called "Check mate!"

That's how it was until a month ago. My pastors began a series called "Kingdom Economics." That first Sunday I settled into my pew for the "tithing sermon" and mentally pulled out the chess board. I started setting up my imaginary pawns, knights, my queen and the king. Once my side was setup I noticed that God's side remained empty. His chess pieces were still in the box.

"Hmmm," I thought. "Not interested in playing this time, God?" No response.

I listened more intently to the pastor and nearing the end of his sermon based on an all too familiar scripture, (Malachi 3:6-14) he said something I'd never heard before: "When we tithe 10% of our income, 90% of our income is submitted to multiply under God's (umbrella) of blessing. When we don't tithe (at all), 100% is open to the Robber, the Destroyer, the Devourer, Satan himself! Our blessings are not protected by God...Satan will steal all of your increase!"

At that moment I cleared the chess board of all my pieces and put the game board back into it's imaginary box. It wasn't God's cosmic chess game I was being forced to play. It wasn't His chess pieces on the board all these years! I'd been playing a cosmic chess game with my Enemy!
Posted by Dawn Aldrich at 1:28 PM