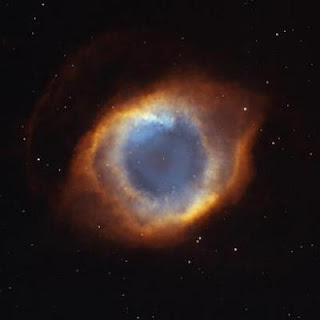 "The Lord does not look at the things man looks at. Man looks at the outward appearance, but the Lord looks at the heart."
1 Samuel 16:7
If life were like the fairy tales we grew to love as children, I believe that magic wands would be a hot commodity. Spouting a spiffy phrase and with a flick of the wrist our reality could be changed to suit our own desires. Wouldn't that be glorious? We could be the masters of our own destinies! We could control our own universe! Think of all the possibilities!

Remember that guy who cut you off in traffic this morning? Presto! He's now a squashed toad in the middle of the interstate. Oh, and your boss who seems to be less than fair when handing out accolades? Presto! She's been fired and replaced by someone who can't stop singing your praise! What about your kids who refuse to do as you say? Presto! They're the national poster children for the "honor your mother & father" campaign. And, that friend who talked behind your back yesterday? Presto! She's now come down with a permanent case of laryngitis.

Okay...the sadistic side of my evil self is showing. But, honestly, don't we all think in these cartoon images sometimes when people wrong us? Isn't inflicting pain for pain something we tend to want when we've been hurt, humiliated or angered? Or, don't we find ourselves wanting to change the negative realities of a wounding experience instantly into a fairy tale ending where everyone loves us and we live happily ever after?

That's not reality. People hurt us. We are wounded. We do experience pain. We bleed. There's no such thing as a magic wand that can change our world instantly. But, we do have choices. One choice is to allow our wounds to bleed, fester, become infected with poison and kill us (spiritually or physically). The second choice is to ask for magic eyes!

"Hold on!" you exclaim. "You just said there's no such thing as a magic wand! But, you now tell me to ask for something even more ridiculous, like magic eyes?!"

Yes, magic eyes. They're not literally new eyeballs that you insert into your head. It's all about perspective! It's best said in a short story called "The Magic Eyes: A Little Fable" included in the book "Forgive and Forget" by Lewis B. Smedes. Here is an excerpt:

"There was one remedy, (the angel said), only one, for the hurt of a wounded heart. Fouke would need the miracle of the magic eyes...a new way of looking at things through magic eyes could heal the hurt flowing from the wounds of yesterday.
"Fouke protested. 'Nothing can change the past,' he said....
" 'Yes, poor hurting man, you are right,' the angel said. 'You cannot change the past, you can only heal the hurt that comes to you from the past. And you can heal it with the vision of the magic eyes.'
" 'And how can I get your magic eyes?' pouted Fouke.
" 'Only ask, desiring as you ask, and they will be given you.
"Fouke could not ask at once, for he had grown to love his hatred. But the pain of his heart finally drove him to want and to ask for the magic eyes that the angel had promised. So he asked. And the angel gave.
"Soon Hilda (his wife) began to change in front of Fouke's eyes, wonderfully and mysteriously. He began to see her as a needy woman who loved him instead of a wicked woman who betrayed him."

Like the angel in this fable, God grants us a viewing of others as He sees them, through His magic eyes. When the pain of our hearts drives us to want God's magic eyes, all we need do is ask. Then, and only then, will our wounds begin to heal.
Posted by Dawn Aldrich at 8:33 AM