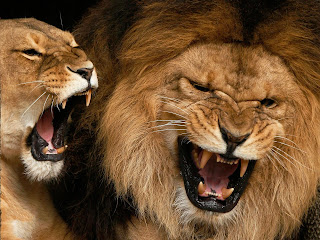 "You came near when I called you, and you said, “Do not fear.”
Lamentations 3:57

There are two types of fear; fear that protects you from injury or pain and fear that paralyzes you from experiencing all that is good. Either way, we all experience fear.
Protective fear is good. God placed the fear of falling and loud noises in each of us from birth,  to keep us safe. We learn to fear other things, either from our parents or through our own injuries, like hot stoves, fire, depths, strangers, sharp knives. If we didn't fear such things, we'd be spending a lot of time in the hospital, dead, or nearly dead.
Paralyzing fear, however, is not good. It's a fear that causes us to do nothing rather than forge ahead toward something greater. The task ahead of us may look daunting, even impossible, so we say, "What's the use?" and coward away. When we play it safe we seem to lose nothing and most certainly, we gain nothing.
Queen Esther could have "played it safe", keeping her Jewish identity a secret from King Xerxes to spare her own life from the planned anihilation of the entire race. Instead, she forged ahead in spite of her fear but not without first, seeking God's face. She, her maids,  her Uncle Mordecai, and all the Jews of the land, fasted and prayed for three days. Then, and only then, did she go before the king, still knowing she may perish at his hand. In the end, God performed a miraculous thing, saving not only Esther, but all the Jews in this kingdom (Esther 1-10).
Some of us may be staring at a God sized dream that looks more like a daunting nightmare right now. We can't sit here paralyzed, waiting for the fear to leave; thinking that when we're free from fear, then we'll have the courage to move forward. That's just a lie. As a fellow blogger so eloquently wrote today, "The enemy will tell you that courage means the absence of fear as you move ahead. It doesn't. Faith means feeling the fear and moving ahead into God's will anyway..." (Holley Gerth at http://holleygerth.com).
So, dear reader, Seek God's face. Move forward. Then watch Him accomplish great things with you, through you, despite all your fears.
"Surely the Sovereign LORD does nothing without revealing his plan to his servants the prophets. The lion has roared—who will not fear? The Sovereign LORD has spoken—who can but prophesy?" Amos 3:7-8
Posted by Dawn Aldrich at 2:38 PM