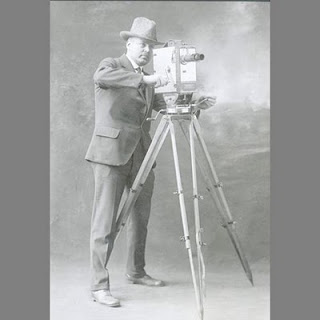 "Is not my house right with God? Has he not made with me an everlasting covenant, arranged and secured in every part? Will he not bring to fruition my salvation and grant me my every desire?"
2 Samuel 23:5
As though it were yesterday, I remember an assignment in my television class at Endicott College that forever changed the way I viewed anything on T. V. or in the movies. This assignment was to note every camera angle, movement and focus for the first fifteen minutes of any broadcast or movie of our choice and how it affected the viewer.
Now, I admit I can't recall the show I chose for this experiment, but I do know it trained me to view everything on the large or small screen with a critical eye. Instead of just relaxing to watch a good story play out on the screen, I now look for what the director is trying to communicate with every move of the camera, ever cut, every focus.

Once I know the story I tend to like to watch it again and focus my critical eye on the minor theme.

Like today for instance, I was watching the classic “Rudy” who striving against all odds (academic and physical) dreamed of someday playing football for Notre Dame. That’s the major theme. Underlying that was the story of Rudy’s brother, Frank. He had the natural academic and athletic abilities to accomplish only what Rudy dreamed of yet, he chose to settle for the mediocre. This is the minor theme.

This minor theme is so poignantly displayed in the scene where Rudy’s father is announcing his acceptance to Notre Dame over the intercom at the mill where he and his son’s were employed. As my eyes are watched Rudy’s father bursting with pride and the entire mill giving Rudy a round of applause the camera slowly shifted my attention to his somber- faced brother, Frank where I could see that Rudy’s success shouted nothing but failure to him.

I do believe God places dreams in our hearts. I do believe he wants us to pursue those dreams. Sometimes they’re desires that we have no means to attain apart from the miraculous and sometimes we know they are desires for which we’ve been gifted. Either way, God is the author of those dreams and desires…our major theme, if you will.
He’s also the director training our eyes to focus on the major theme all the while being watchful that the minor theme doesn’t steal the spotlight. If we’re good students, we’ll not only learn the story God is trying to write, but we’ll gladly join him in the process and realize the desires of our hearts have been perfectly aligned with His story all along.
Posted by Dawn Aldrich at 6:25 PM