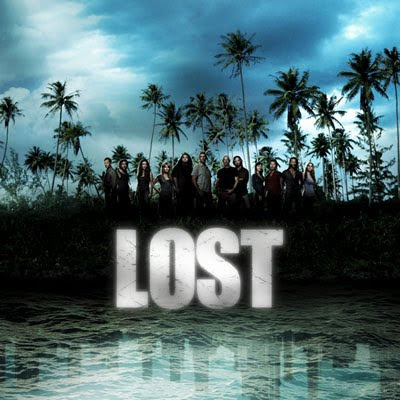 "There is nothing hidden that will not be disclosed and nothing concealed that will not be known or brought out into the open. Therefore, consider carefully how you listen. Whoever has will be given more; whoever does not have, even that will be taken from him." Luke 8: 17-18

Lost. I wasn't an avid follower of this series until the fourth season. I couldn't understand what all the hype was about at first. I mean, how much could you write about being stranded on a deserted island that hadn't been written already? I'd grown up watching Gilligan's Island. Silly and quirky at best. I'd been intrigued by Tom Hanks in Cast Away, but the dialogue was less than captivating and the story line predictable. So, a few summers ago my husband brought home the first season of Lost from our local library. I only agreed to join him out of sheer boredom from watching network reruns.

After the first episode I was hooked! It drew me in. It was thrilling. It was humorous. It was mysterious. It made me think. It made me listen carefully. It made me wonder, "Who would I be? What would I do? How would I react?" It made me search for myself and for the truth in every episode. It was good storytelling. Needless to say, I spent the rest of the summer catching up on the plot and come winter I was baited for the fourth season to start. January couldn't come fast enough.

I think it was that way with following Jesus, too. I mean think about it. Jesus drew people in. He made them think. He did thrilling things. He spoke of mysterious things. He made them look at themselves. He was a good storyteller. But Jesus didn't tell stories for the sake of stories. Instead, he revealed truths of God's kingdom. And, like all good story tellers, Jesus didn't spell out the truth but made people search for it behind his words.

Nearing the end of the Lost series, more and more truths of the plot were revealed. It was imperative to listen carefully in order to piece the truth together from what was previously foreshadowed. Although the producers offered narrated "crib note" episodes prior to the new ones, the thrill of having "lived" out the story from the beginning would be (dare I say) lost.

Unlike Lost, Jesus' kingdom truths have lasting value and he warns the listener. He says if you listen and hear (understand) his truths, then you must also act on them otherwise the truths that you've learned will disappear (be taken from you). In other words, Jesus did not intend us just to hoard up his words like hidden treasure but he meant for us to share our treasure with others thereby multiplying what he has given.

There's just something about a good story. We listen and identify. We gain understanding and hope. We are ignited to act and revel in the victory.

What truths has Jesus revealed to you? What 's the Kingdom story that Jesus is trying to tell through you? Has He rescued your heart? Has he restored you somehow? Has he released you into ministry?

Story instills hope for us all. Please feel free to share what God's been doing in you and through you.
Posted by Dawn Aldrich at 9:08 AM