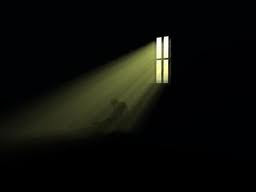 "For God so loved the world that he gave his one and only son, that whoever belives in him shall not perish but have eternal life." John 3:16
Today, I'm letting God's Word tell the story of Jesus' darkest hours:

Jesus Announces His Betrayer:
"When evening came, Jesus was reclining at the table with the Twelve. And while they were eating, he said, 'I tell you the truth, one of you will betray me.' They were very sad and began to say to him one after the other, 'Surely not I, Lord?' Jesus replied, 'The one who has dipped his hand into the bowl with me will betray me. The Son of Man will go just as it is written about him. But woe to that man who betrays the Son of Man! It would be better for him if he had not been born.' Then Judas, the one who would betray him, said, 'Surely not I, Rabbi?' Jesus answered, 'Yes, it is you.'” (Matthew 26:20-25)

Jesus Predicts Peter's Denial:"Then Jesus told them, 'This very night you will all fall away on account of me, for it is written: "I will strike the shepherd, and the sheep of the flock will be scattered." 'But after I have risen, I will go ahead of you into Galilee.' Peter replied, 'Even if all fall away on account of you, I never will.' I tell you the truth, Jesus answered, this very night, before the rooster crows, you will disown me three times. But Peter declared, 'Even if I have to die with you, I will never disown you.' And all the other disciples said the same." (Matthew 26:31-35)

Jesus Prays at Gethsemane:
"They went to a place called Gethsemane, and Jesus said to his disciples, 'Sit here while I pray.' He took Peter, James and John along with him, and he began to be deeply distressed and troubled. 'My soul is overwhelmed with sorrow to the point of death,' he said to them. 'Stay here and keep watch.' Going a little farther, he fell to the ground and prayed that if possible the hour might pass from him. 'Abba,[a] Father,' he said, 'everything is possible for you. Take this cup from me. Yet not what I will, but what you will.' Then he returned to his disciples and found them sleeping. 'Simon,' he said to Peter, 'are you asleep? Could you not keep watch for one hour? Watch and pray so that you will not fall into temptation. The spirit is willing, but the body is weak.' Once more he went away and prayed the same thing. When he came back, he again found them sleeping, because their eyes were heavy. They did not know what to say to him. Returning the third time, he said to them, 'Are you still sleeping and resting? Enough! The hour has come. Look, the Son of Man is betrayed into the hands of sinners.'" (Mark 14:32-41)

Jesus Arrested:
"While he was still speaking, Judas, one of the Twelve, arrived. With him was a large crowd armed with swords and clubs, sent from the chief priests and the elders of the people. 48 Now the betrayer had arranged a signal with them: 'The one I kiss is the man; arrest him.' Going at once to Jesus, Judas said, 'Greetings, Rabbi!' and kissed him. Jesus replied, 'Friend, do what you came for.' Then the men stepped forward, seized Jesus and arrested him.  With that, one of Jesus’ companions reached for his sword, drew it out and struck the servant of the high priest, cutting off his ear. 'Put your sword back in its place,' Jesus said to him, 'for all who draw the sword will die by the sword.'" (Matthew 26:47-52)

Peter Denies Christ Three Times:"Then seizing him, they led him away and took him into the house of the high priest. Peter followed at a distance. But when they had kindled a fire in the middle of the courtyard and had sat down together, Peter sat down with them. A servant girl saw him seated there in the firelight. She looked closely at him and said, 'This man was with him.' But he denied it. 'Woman, I don’t know him,' he said. A little later someone else saw him and said, 'You also are one of them.' 'Man, I am not!' Peter replied. About an hour later another asserted, 'Certainly this fellow was with him, for he is a Galilean.' Peter replied, 'Man, I don’t know what you’re talking about!' Just as he was speaking, the rooster crowed. The Lord turned and looked straight at Peter. Then Peter remembered the word the Lord had spoken to him: 'Before the rooster crows today, you will disown me three times.' And he went outside and wept bitterly." (Luke 22:54-62)

Pilate's Dilema:
"Pilate then went back inside the palace, summoned Jesus and asked him, 'Are you the king of the Jews?' 'Is that your own idea,' Jesus asked, 'or did others talk to you about me?' 'Am I a Jew?' Pilate replied. 'It was your people and your chief priests who handed you over to me. What is it you have done?'Jesus said, 'My kingdom is not of this world. If it were, my servants would fight to prevent my arrest by the Jews. But now my kingdom is from another place.' 'You are a king, then!' said Pilate. Jesus answered, 'You are right in saying I am a king. In fact, for this reason I was born, and for this I came into the world, to testify to the truth. Everyone on the side of truth listens to me.' 'What is truth?' Pilate asked. With this he went out again to the Jews and said, 'I find no basis for a charge against him.'' (John 18:33-38)

"'What shall I do, then, with Jesus who is called Christ?' Pilate asked. They all answered, 'Crucify him!'  'Why? What crime has he committed?' asked Pilate. But they shouted all the louder, 'Crucify him!'” (Matthew 27:22-23)

Pilate Sentences Jesus:
"(Pilate) had Jesus flogged and handed him over to be crucified." (Matthew 27:26)
Posted by Dawn Aldrich at 6:00 AM